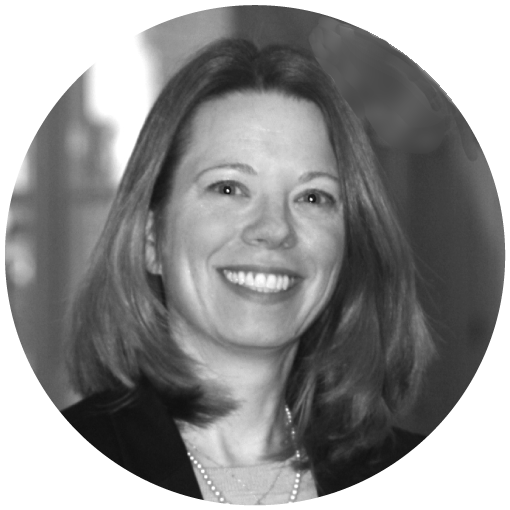 Beth Hessel, Ph. D. (she/her) Beth joined the Athenaeum in July, 2019. Previously Executive Director of The Presbyterian Historical Society, a national archive located a few blocks south of the Athenaeum, Beth is also an ordained minister in the Presbyterian Church (U.S.A.) who has served congregations across the U.S. and is a popular speaker who has lectured and taught in corporate, nonprofit, and university settings. She holds a B.A. in history from UC Davis, an MA in U.S. Women’s History from Binghamton University, an M.Div. from San Francisco Theological Seminary, and a Ph.D. in history from Texas Christian University. Beth loves the spirit-lifting magic of the Athenaeum’s Reading Room and the many opportunities to deepen partnerships with other Philadelphia organizations while creating lasting friendships with the Athenaeum’s many members and friends. 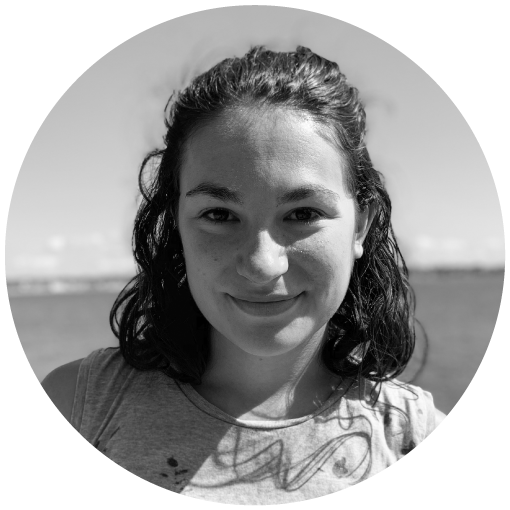 Tess Galen (she/her) Tess has been the Administrative Assistant since 2015 and the Events Assistant since 2019. She holds a BS in Arts Management and an MS in Museum Studies, both from Drexel University. Originally from West Windsor, New Jersey, she has lived in Philadelphia for over 10 years. Working at the Athenaeum allows her to combine her two favorite things; Philadelphia and books. Whether it’s picking up the latest release, or browsing through the Rare Book Vault, the Athenaeum collections always surprise her. Working at the Athenaeum, Tess has learned so much about Philadelphia history, making her proud to call it home. In her free time, she loves decorating, cooking, and exploring new neighborhoods. She lives in the Brewerytown neighborhood with her husband and two cats. 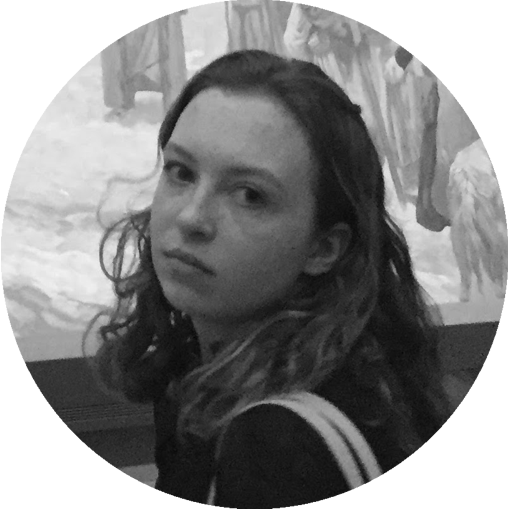 Natalie Gearin (she/her) As a recent addition to the staff, Natalie is excited to engage with the Athenaeum’s existing members and welcome prospective members into the fold. She has a BA in Art History and Global Studies from Temple University, and an MA in Art History and Museum Studies from Tufts University, where she focused on contemporary art and pedagogical theory. Working at museums and galleries in Philadelphia and Boston, her hometown, has instilled in Natalie a love for fostering community through learning. When she’s not at work, Natalie likes to study herbalism and hunt for additions to her thrifted art collection. 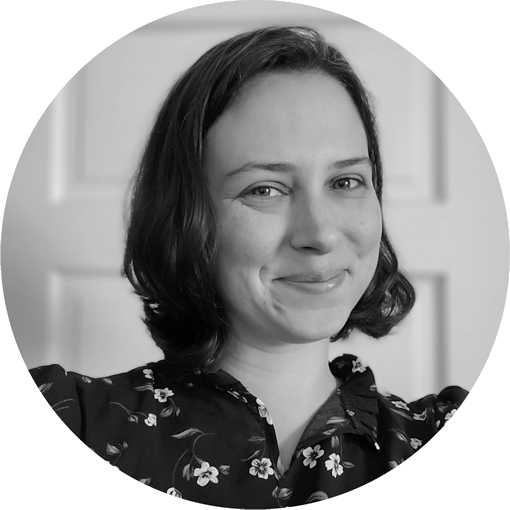 Candace Hesselbart (she/her) Candace holds an undergraduate degree in Geography & Anthropology and is working towards the completion of her MS in Library and Information Science from Drexel University here in Philadelphia. With a background in archaeology and the processing of historic artifacts, she loves organizing relics of the past, as well as materials of the present. She also has an affinity for historic architecture (especially Italianate brownstones) and feels right at home working in the Athenaeum, looking forward to learning more about the history of Philadelphia and engaging with the community in new and innovative ways. Candace moved to Philadelphia from Maine with her husband in 2019, and loves taking long walks through the Wissahickon with their two dogs, Julian and Peggy. 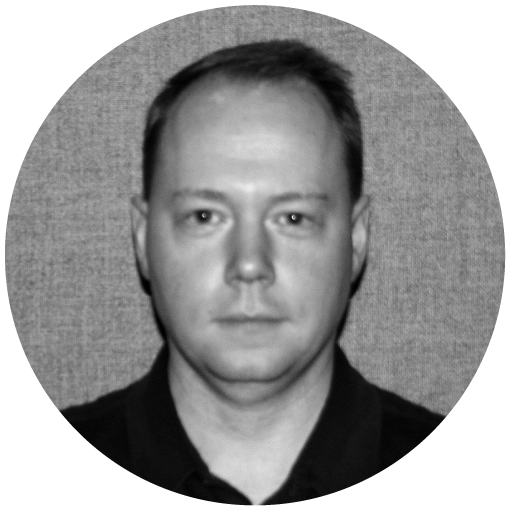 Michael Seneca (he/him) Michael started at the Athenaeum as an intern in 1997 and returned in 2000 to work full-time as a researcher for the ground-breaking Philadelphia Architects & Buildings Project. Since 2004, he has served as Director of the Athenaeum’s Regional Digital Imaging Center. He holds a BA in American History and an MA in American Public History, both from Rutgers University. He is the author of the award-winning book The Fairmount Park Motor Races, 1908-1911. 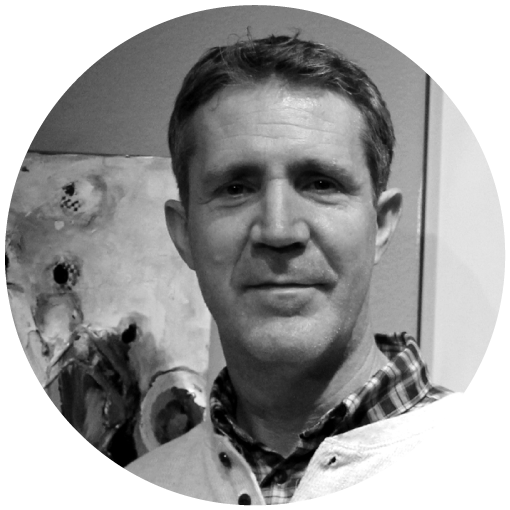 Jim Carroll (he/him) Jim Carroll is a photographer, digital imaging specialist, and printer with over 20 years of experience. He has worked in the Regional Digital Imaging Center of The Athenaeum of Philadelphia for the past 16 years. Jim is also a theater director, producer, actor, and former President of The Players Club of Swarthmore community theater, where he currently is serving as Treasurer. 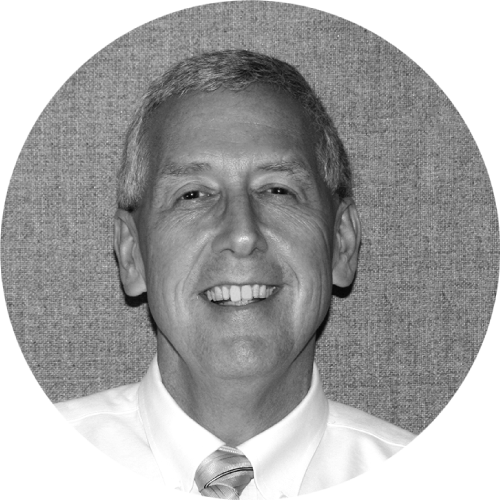 Bruce Laverty (he/him) Bruce is the Founding Director of the Athenaeum’s two most important digital outreach sources: the Philadelphia Architects and Buildings Project and the Greater Philadelphia GeoHistory Network and has stewarded the Atheaneum’s architectural collections since beginning here in 1983. In 2021, the Preservation Alliance for Greater Philadelphia named him the winner of the James Biddle Award for Lifetime Achievement in Historic Preservation. 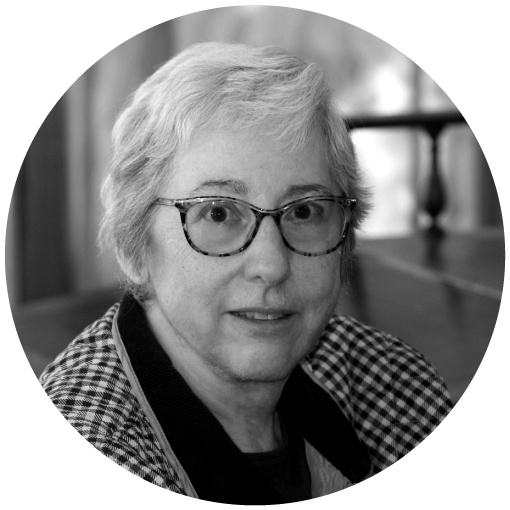 Lois Reibach (she/her) Lois has been at the Athenaeum since late 2008. As the Resources Description and Access Librarian, she makes sure that the high-quality data in the library’s catalog is rich enough to help members and researchers find the resources they need. She also ensures that any of our members who wish, have access to our ebooks collection. She earned a BA in English from the University of Texas at Austin and her MLS from Kent State University. Her favorite thing to do is read crime fiction, and she has started a virtual mystery book group so our members and friends can share that interest. 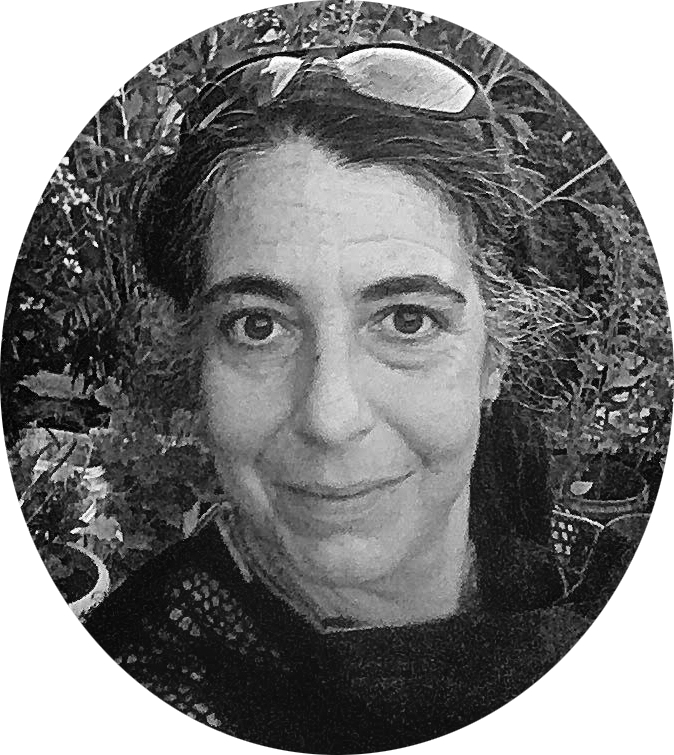 Christina Doe (she/her) Christina joined the Athenaeum team in January 2022. She holds a BFA in Drawing and Printmaking from Moore College of Art and Design, and has more than 16 years experience in managing active public National Historic Landmark buildings housing collections containing art, manuscripts and rare books. Christina is excited to work in an institution where the celebration and preservation of architecture is a part of the mission! In her off hours, Christina is an avid gardener, focusing on native plants, sustainability, and permaculture. She designs, installs, and maintains small private and public gardens in Center City Philadelphia. 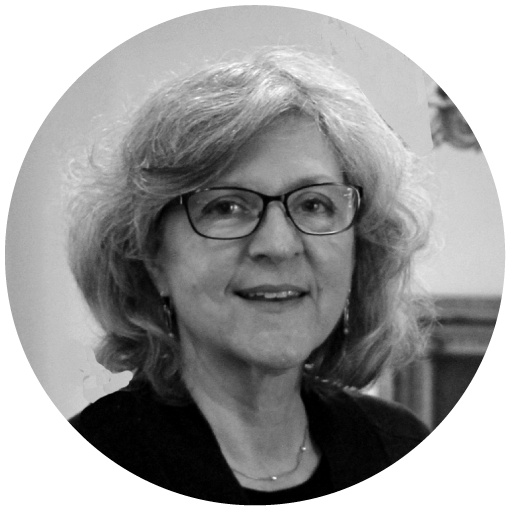 Denise Fox (she/her) Denise joined the Athenaeum in 2005. Her duties include researching, cataloging, photographing, housing, storing, and exhibiting collection items, particularly museum objects, helping ensure stewardship of, and access to, the Athenaeum’s collections. She holds a BS in Landscape Architecture from Penn State and a certificate in Preservation Management from Rutgers. Denise’s favorite collection items include quirky antique architectural toys and housepaint advertising signs, and she finds that the Athenaeum’s extensive decorative arts collections inspire her off-hours work as a visual artist. 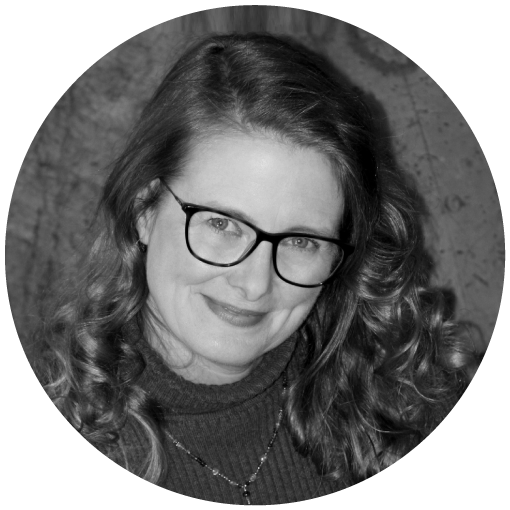 Jill LeMin Lee (she/her) Jill has been at the Athenaeum since 1998, starting behind the scenes, where she oversaw the transition from the old card catalog to the online public access catalog. She moved up to take over the librarian’s desk in 2008. She received her undergraduate degree from American University and her MS in Library and Information Science from Drexel University. She enjoys the varied elements in the Athenaeum’s collection, such as vintage railroad excursion brochures from the Rupp Transportation Collection. Our designed bindings from the late 19th and early 20th centuries are also personal favorites. After an opportunity to study them in a session of Rare Book School she revamped the Athenaeum’s cataloging procedures to highlight these gems. Jill proudly holds the share held by her predecessor, Ellen Rose. Outside of work she enjoys genealogy, practicing circus aerials, photography, and classic cars. 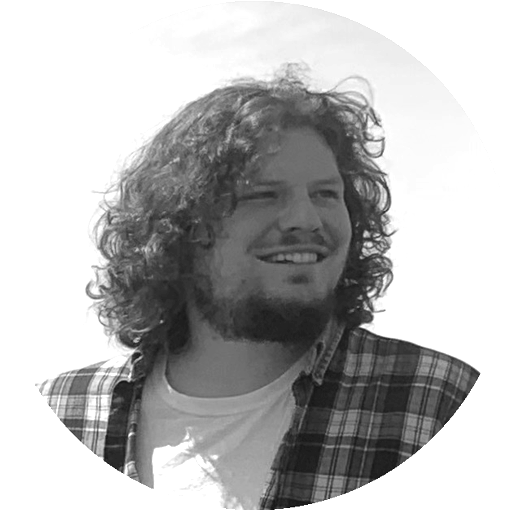 Rob Jagiela (he/him) Rob is a newcomer to the Athenaeum of Philadelphia, joining the team in September of 2021. He holds BA and MA degrees in English, both from Temple University, where his studies focused on American literature, poetry, and the digital humanities. Currently, he is a student at Rutgers University working towards his MLIS degree. When he isn’t wrapped up in his studies, Rob is an avid consumer of all forms of media – from books, to movies, to music, to television. He also enjoys exploring the city, and getting outside city limits to hike with his partner. While he’s lived in various locales across both Pennsylvania and Maine, he has called Philadelphia home for nearly a decade. Rob is excited to join the Athenaeum staff and work in his dream setting!

Victoria Schenck (she/her) began working in libraries while obtaining her BFA in Fiber Art from Massachusetts College of Art and Design, and has kept herself immersed in the library field ever since. As a weaver, ceramicist, and poet, she is interested in everyday objects and readymade materials from the past and present. When she isn’t welcoming members and visitors to the Athenaeum, Victoria can be found making and trading zines, and vending her crafts at art fairs around the city. 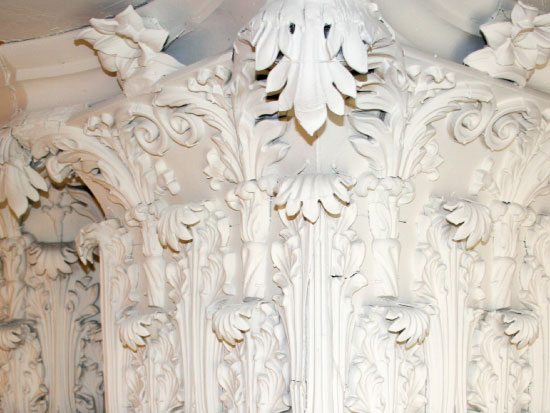 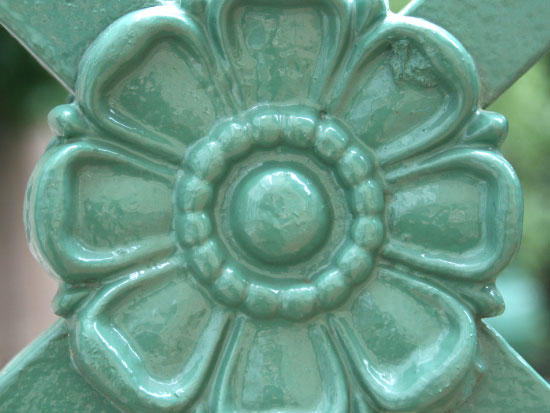 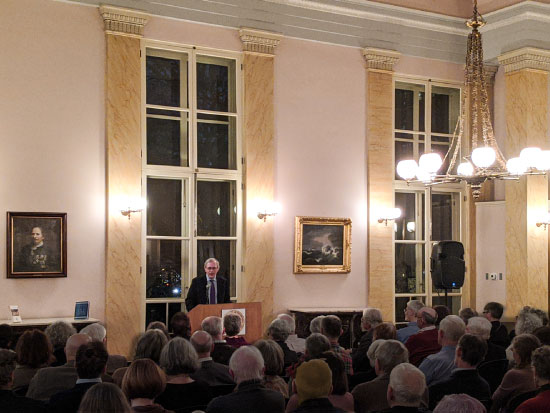